Impact of 5G on Internet

The world is moving towards the 5th Generation of the communication network, which offers tremendously high speeds of connectivity. (5G is expected to be of 100 times faster than the current levels.) The high speed connectivity of 5G is expected to open up a new gamut of Internet applications, including Healthcare, Manufacturing, operating large / complex machinery remotely, and the potential to play a significant role in Smart Cities etc.. However these applications would require new protocols and algorithms. Considering 5G in conjunction with the growing number of IoT devices in the communication ecosystem, this discussion looks at the following pointers. 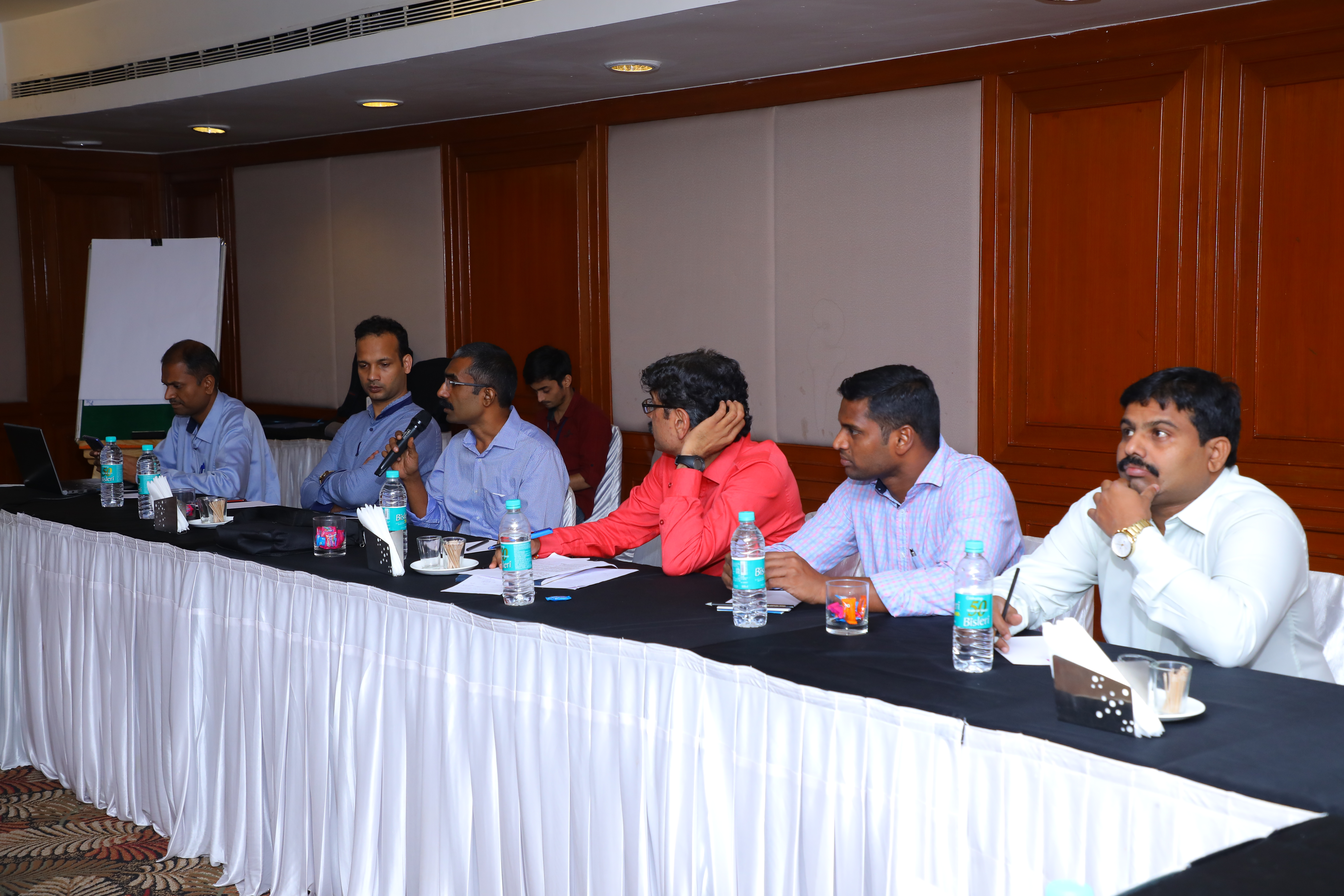 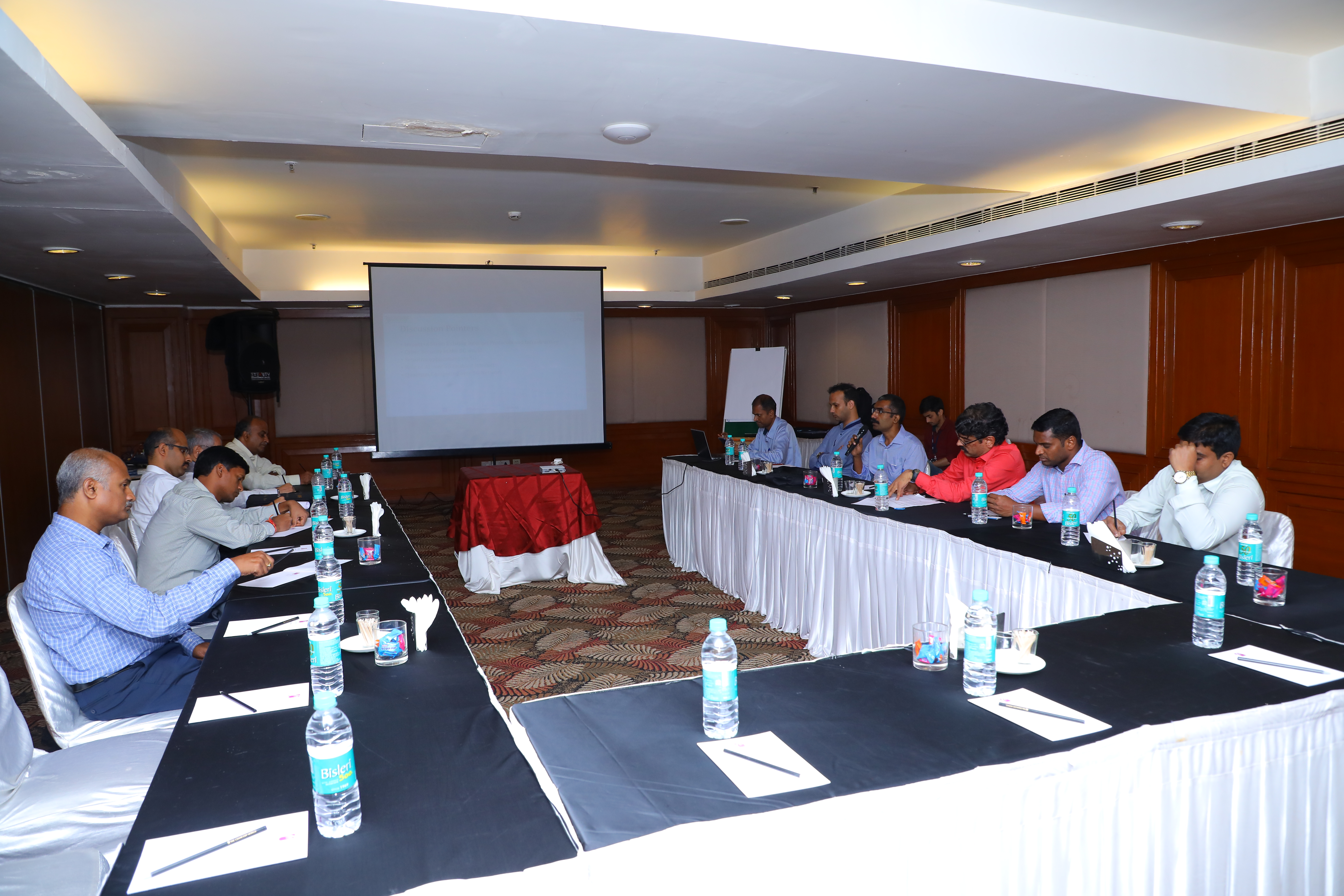 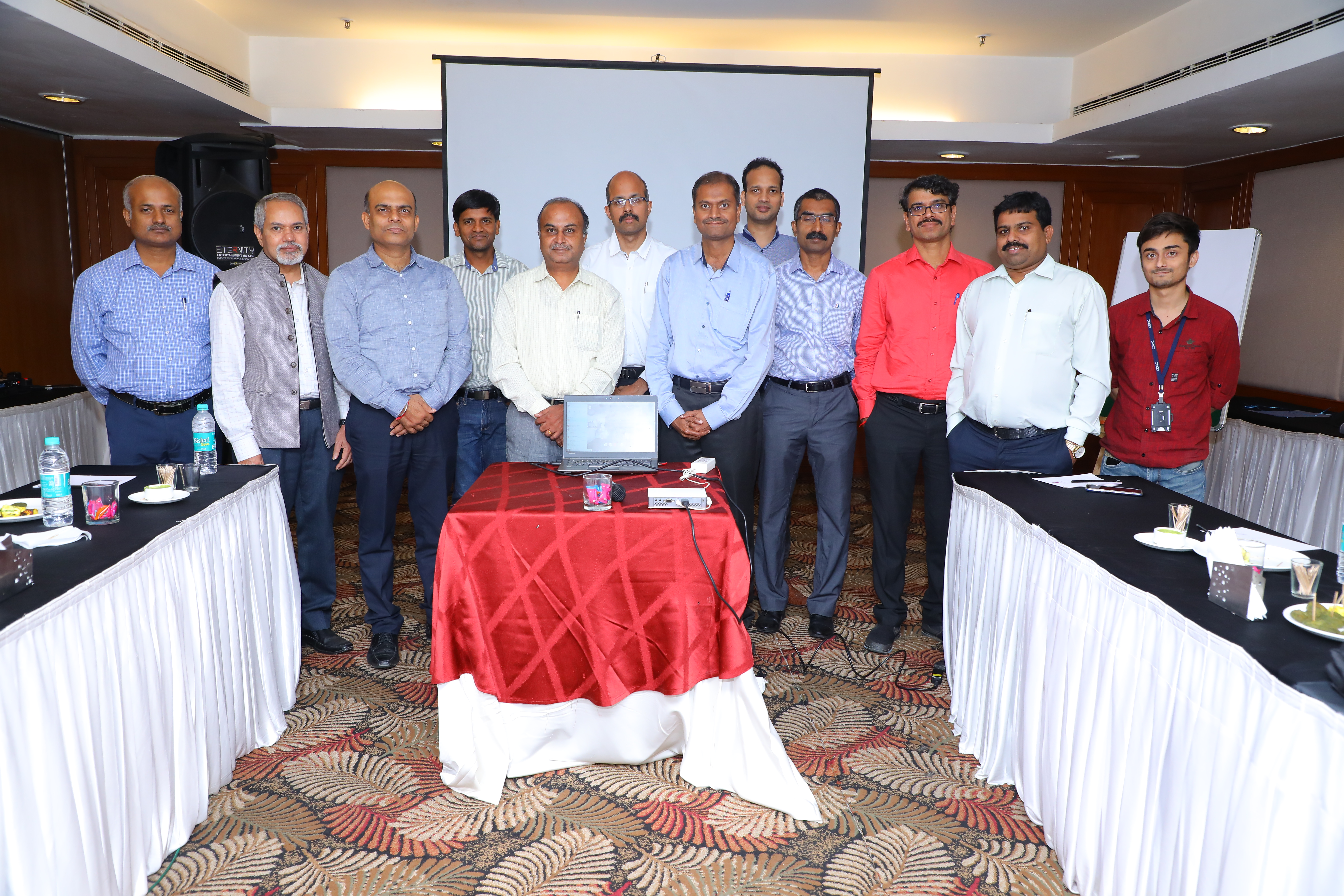 The core technologies powering the Internet were all designed to operate in a distributed and decentralized manner. As the Internet grew with applications, devices and users over time, things tend to become centralized. The emergence of Blockchain has spawned out a new era of decentralization and will surely have its impact on the Internet. The emerging trends of DAPPS (Distributed Applications) coupled with the need for privacy and security would drive the future architectural evolution of Internet. The demand to get control of your own data, and the ability to move it swiftly from one application (platform) to another of your choice would usher in the re-decentralization of Internet. Following are some of the lead points in which the discussion would be structured. 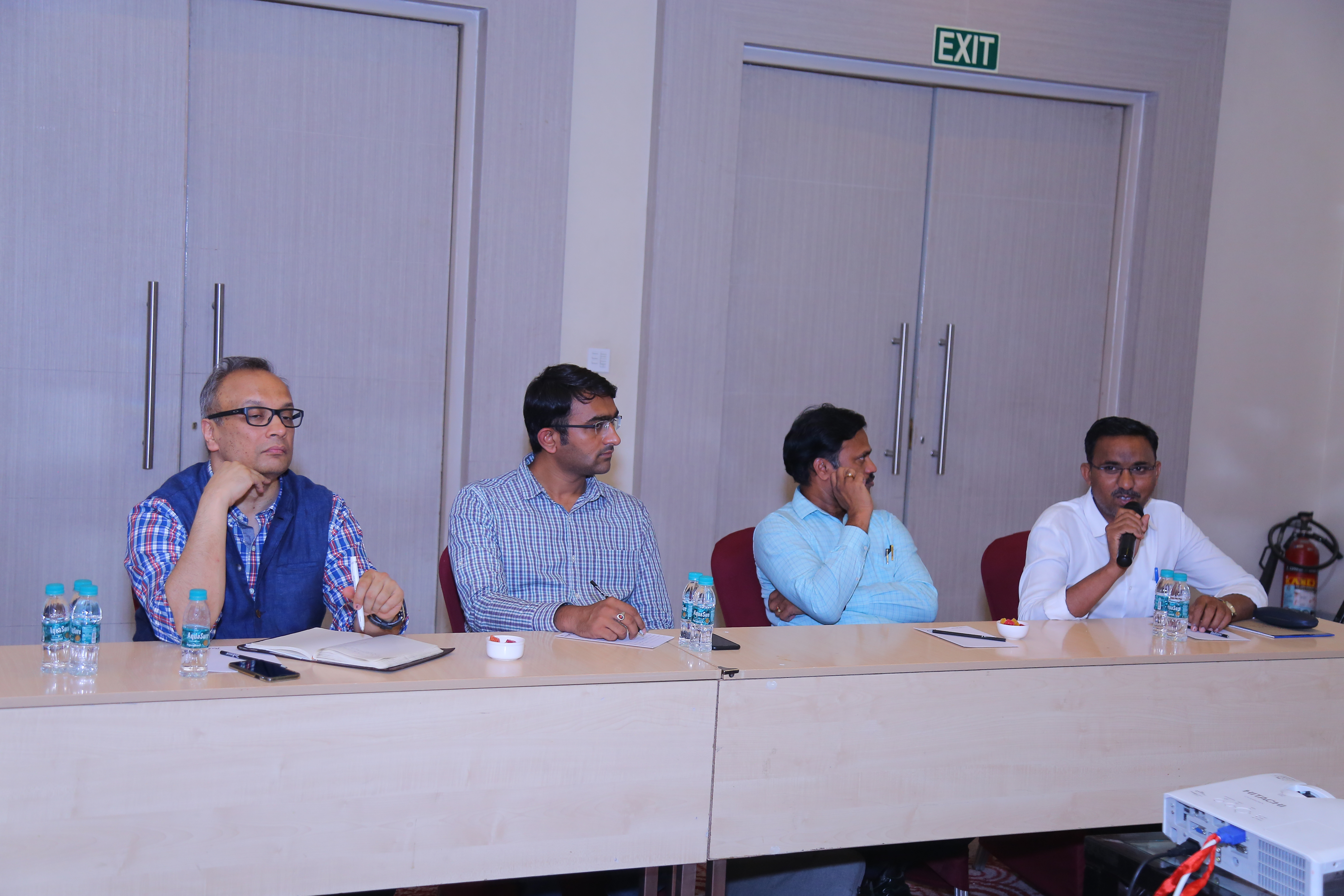 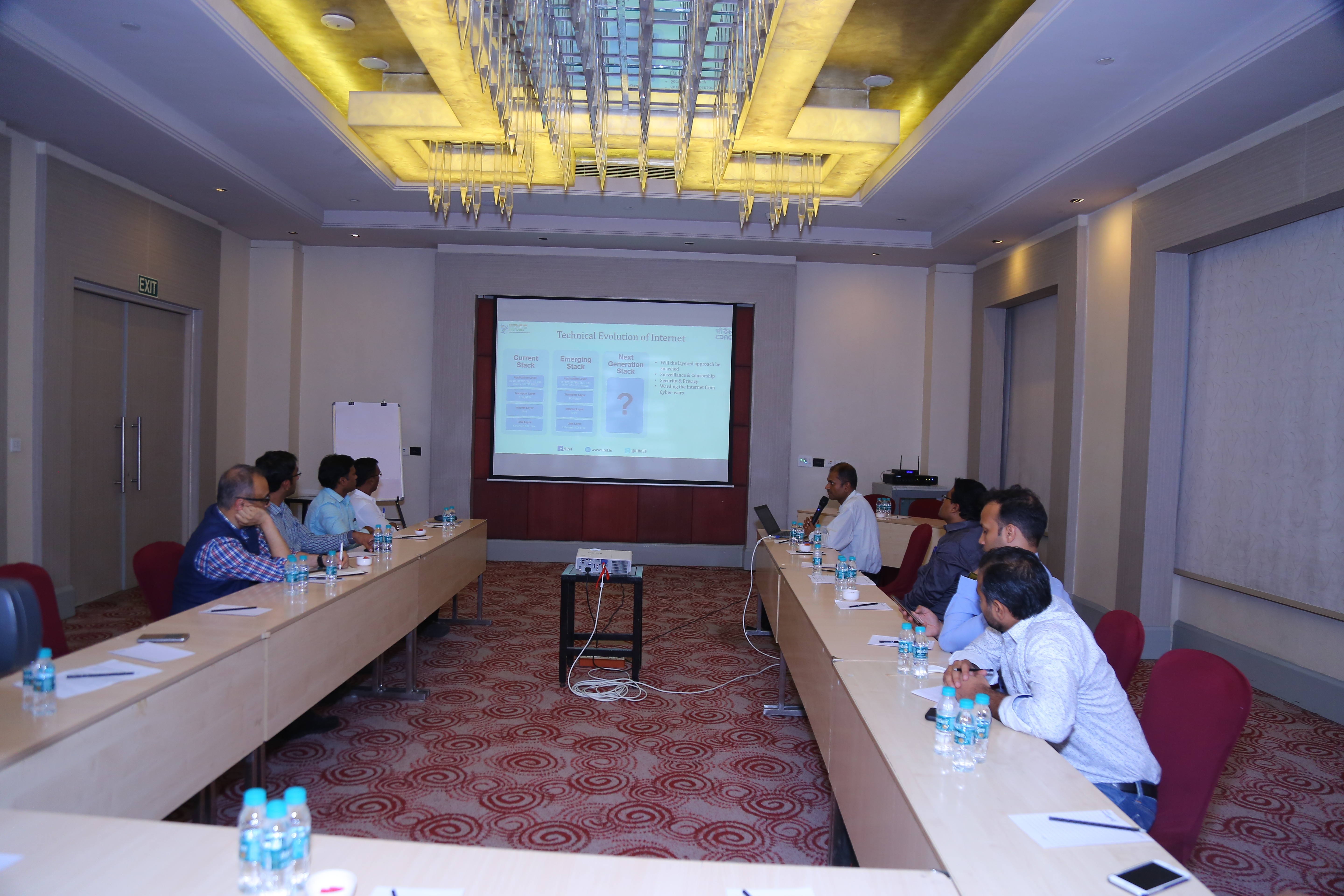 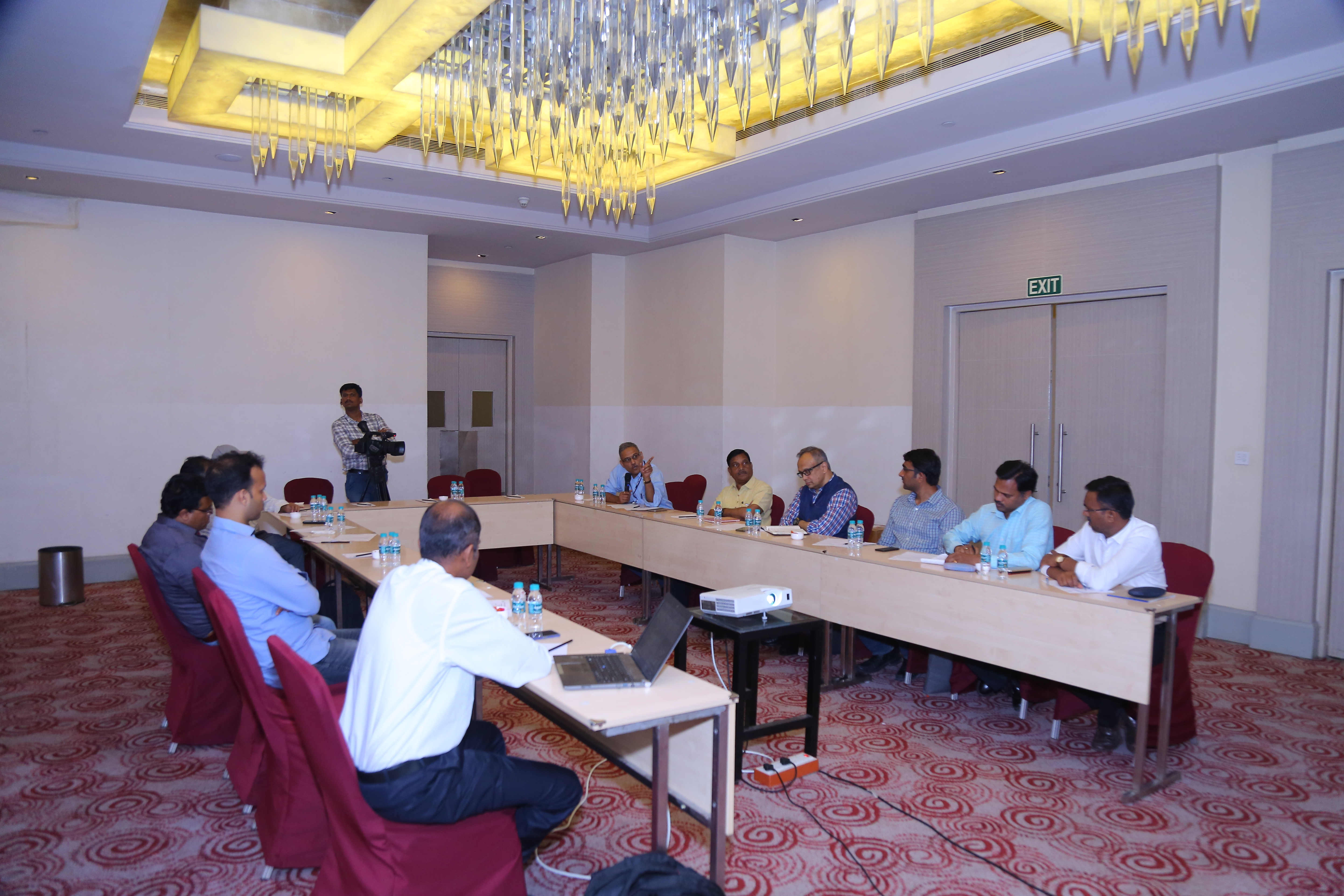 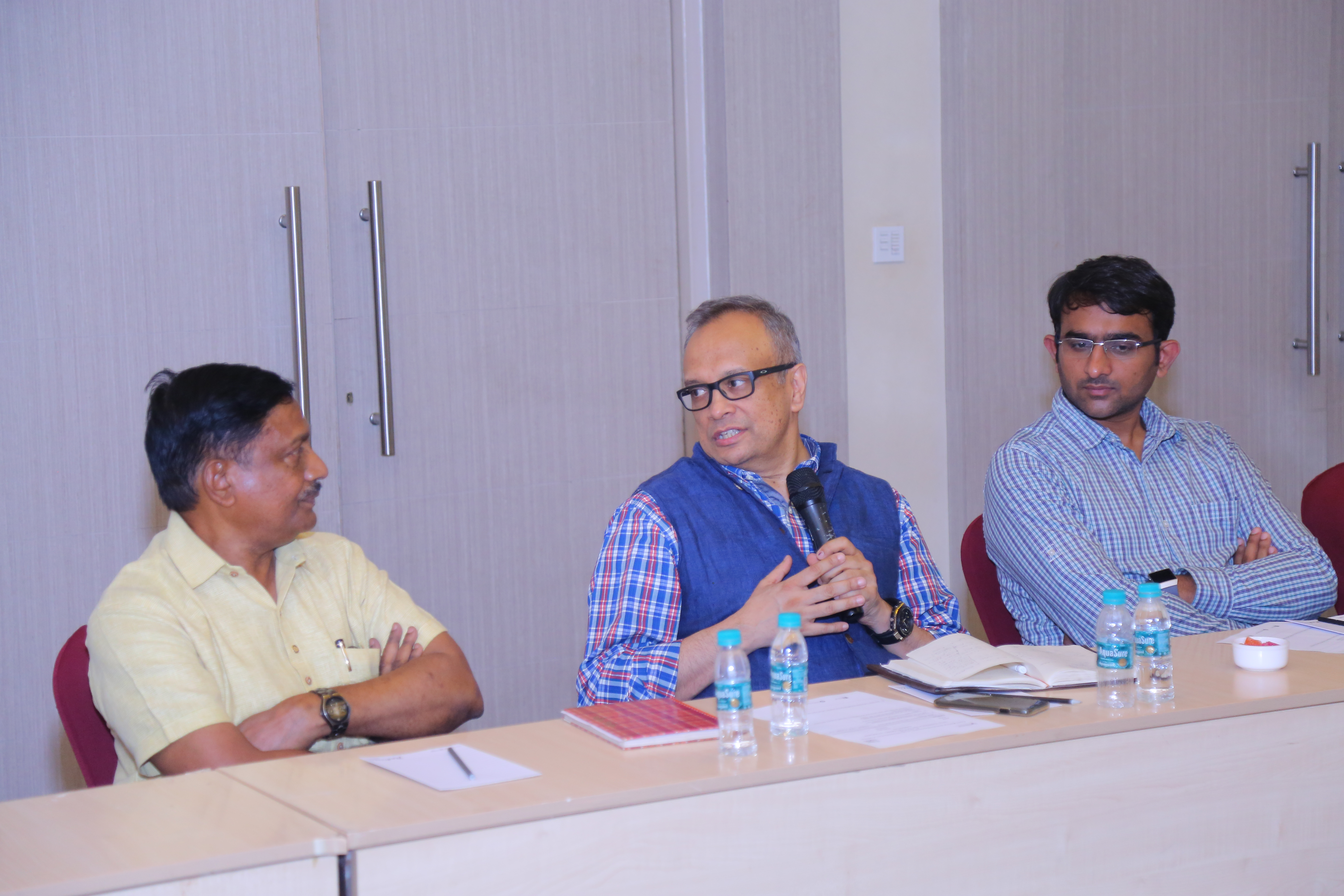 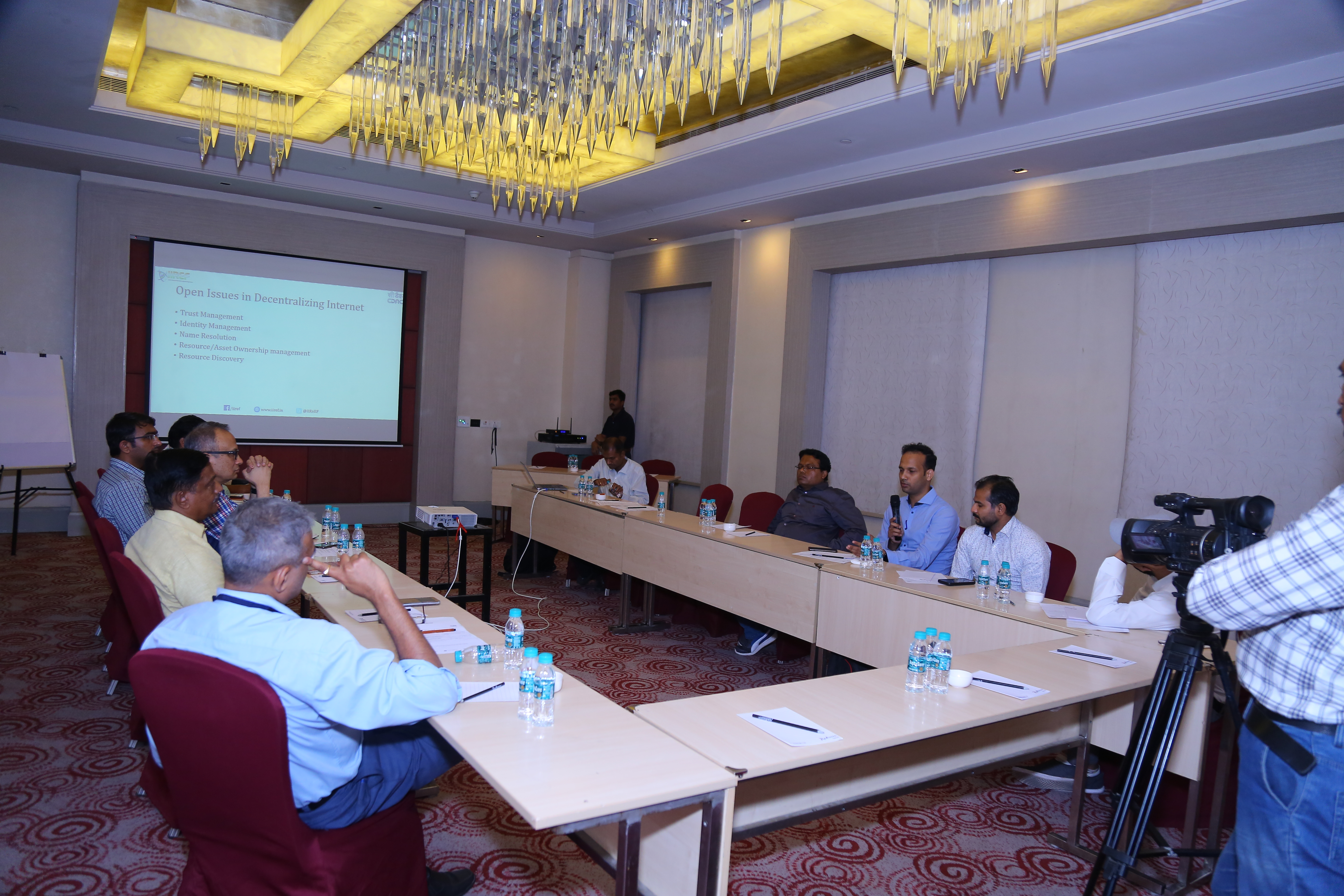 Internet has been the catalyst for ushering in the digital revolution, since it was opened up for wide-scale public use in the early 90s. Its impact can just be highlighted by the fact, that it has reshaped the economy of many nations, both small and big, developed and developing worlds.

Decades later, Internet is still running strong largely with the same set of core protocols, that were originally designed and implemented at its beginning. This speaks volumes about the design principles behind those protocols.

Currently we are at an interesting phase, where billions of devices are expected to be on the Internet along with couple of more billions of users to be added - all within a decade. As the 'net' expands its obvious that crimes too - minor to major - get shifted to the new connected world, paving the way for regulations and governance as the norm.

It is at this juncture, that we need to thoughtfully look at how the next generation protocols are shaping up, echoing the same design principles that brought us here, and taking into consideration of safety and freedom of our next generation.

Following is the illustration of the legacy vs current Internet protocols, leading us to discuss about the next-generation. Few questions that emerge are: 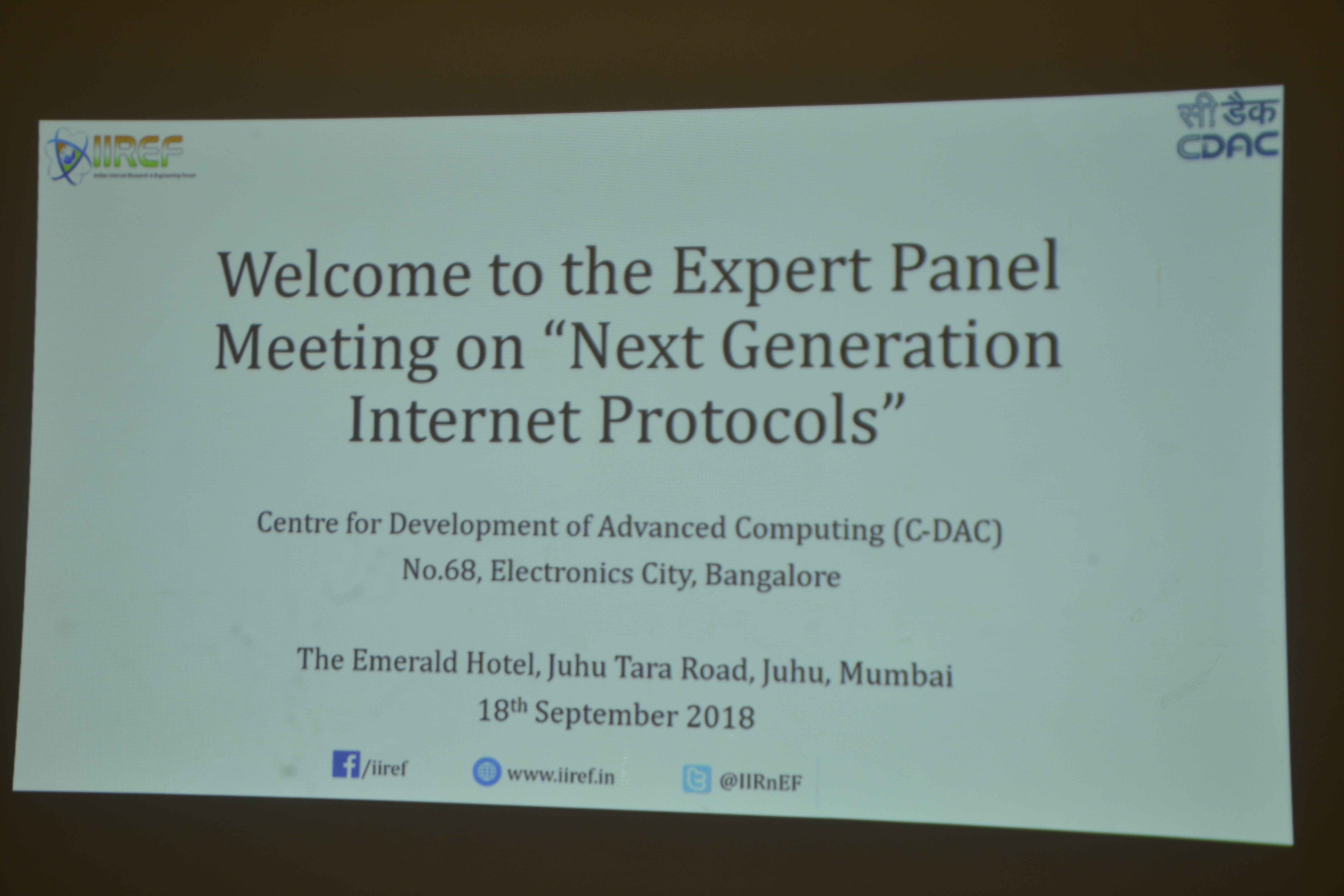 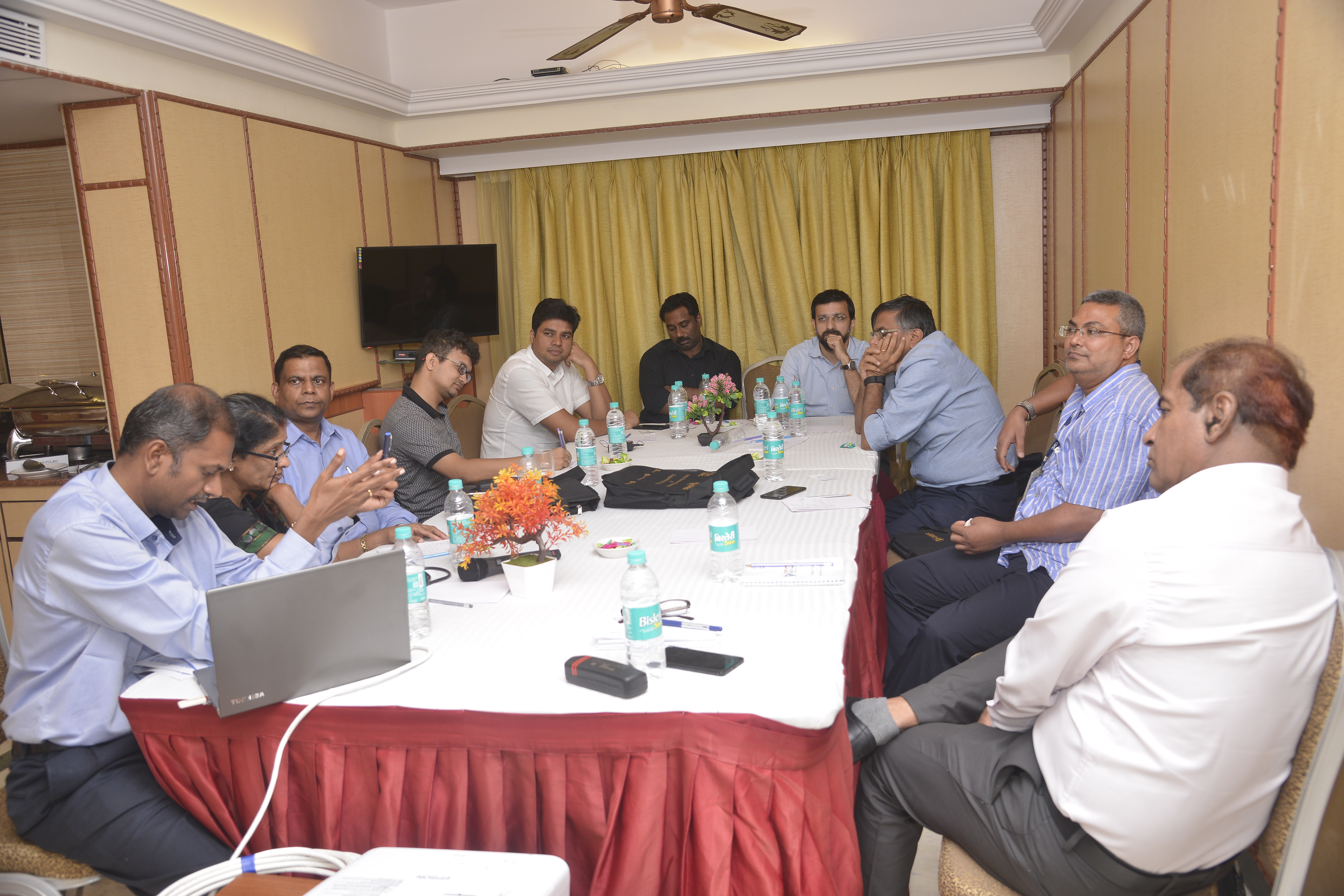 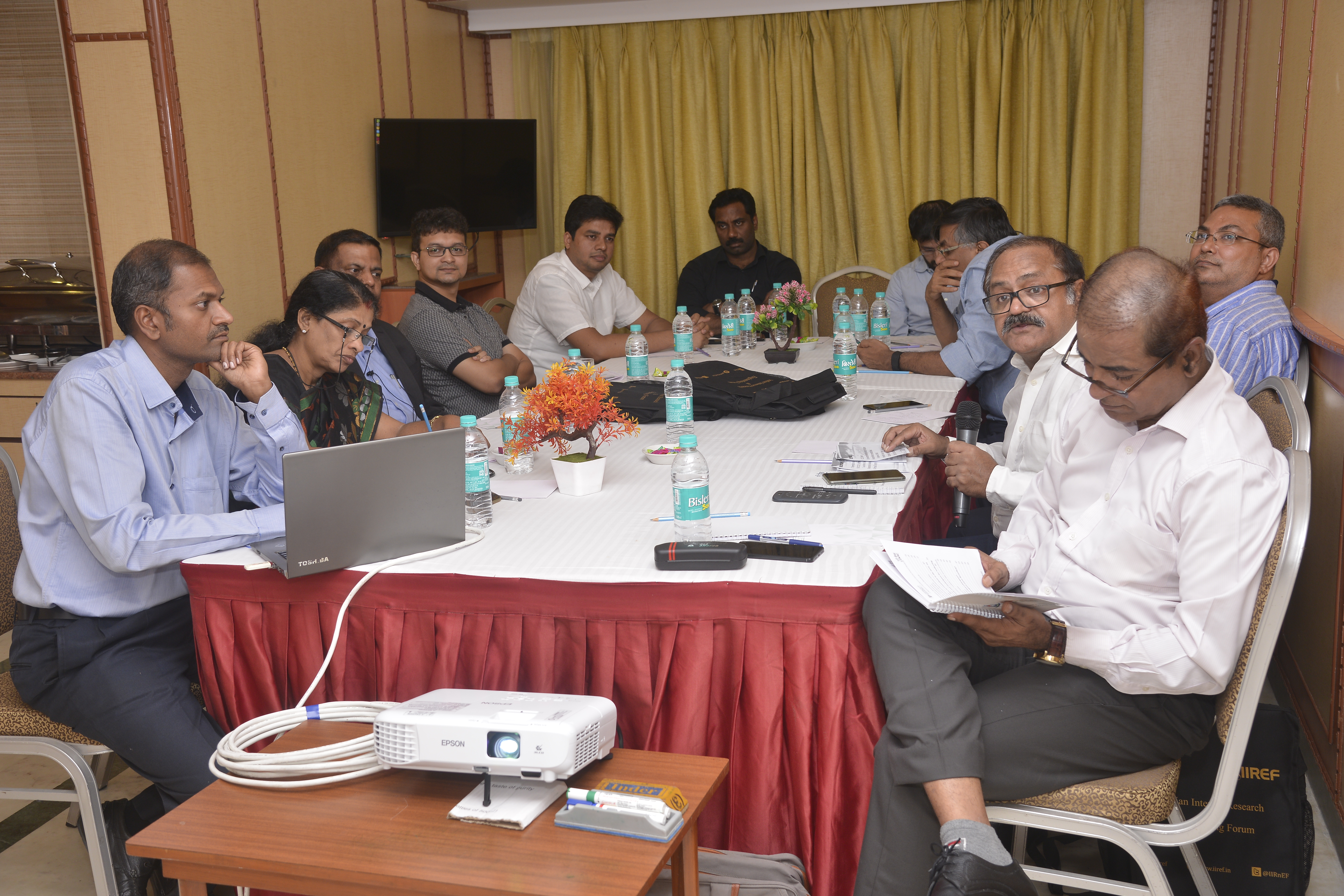 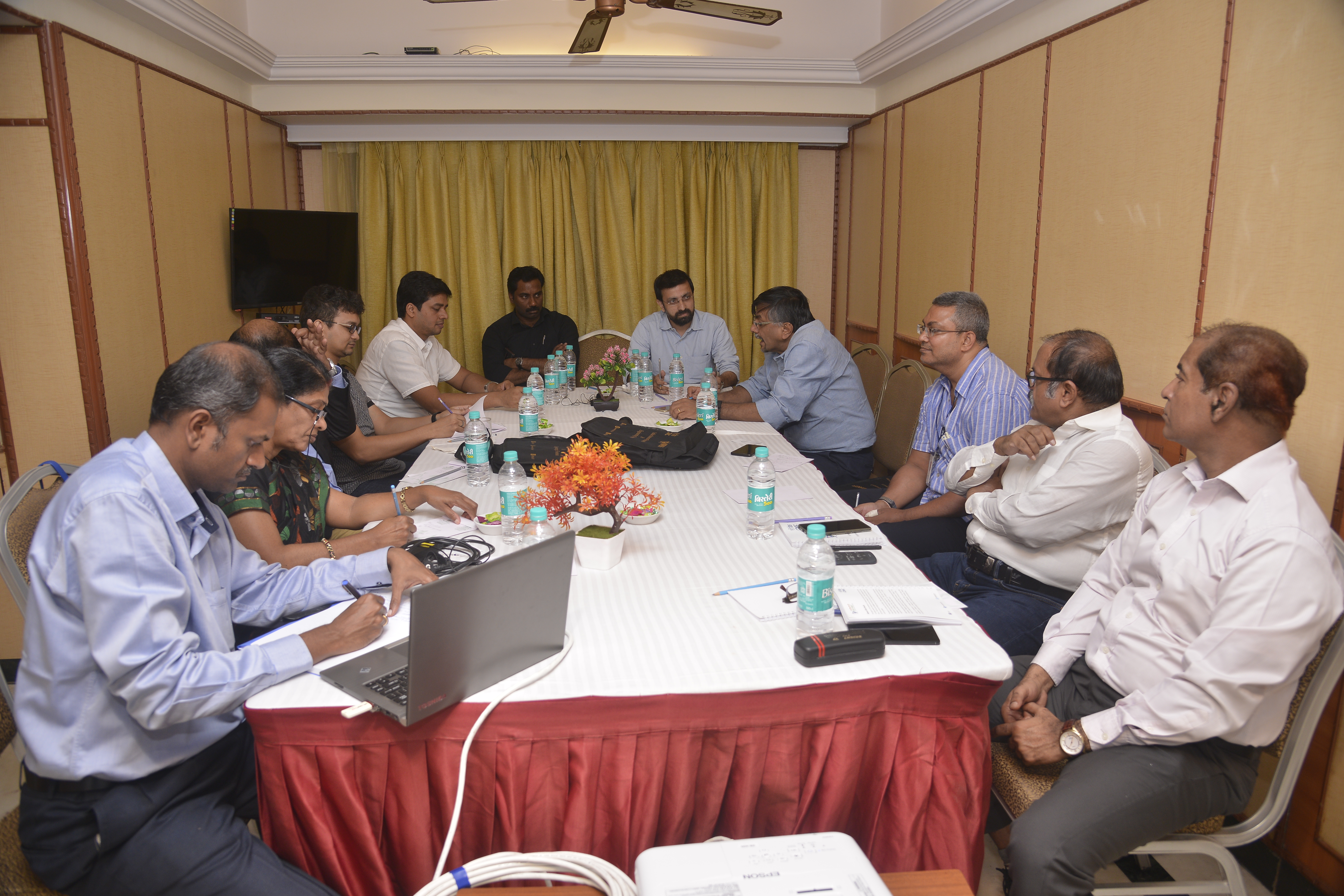 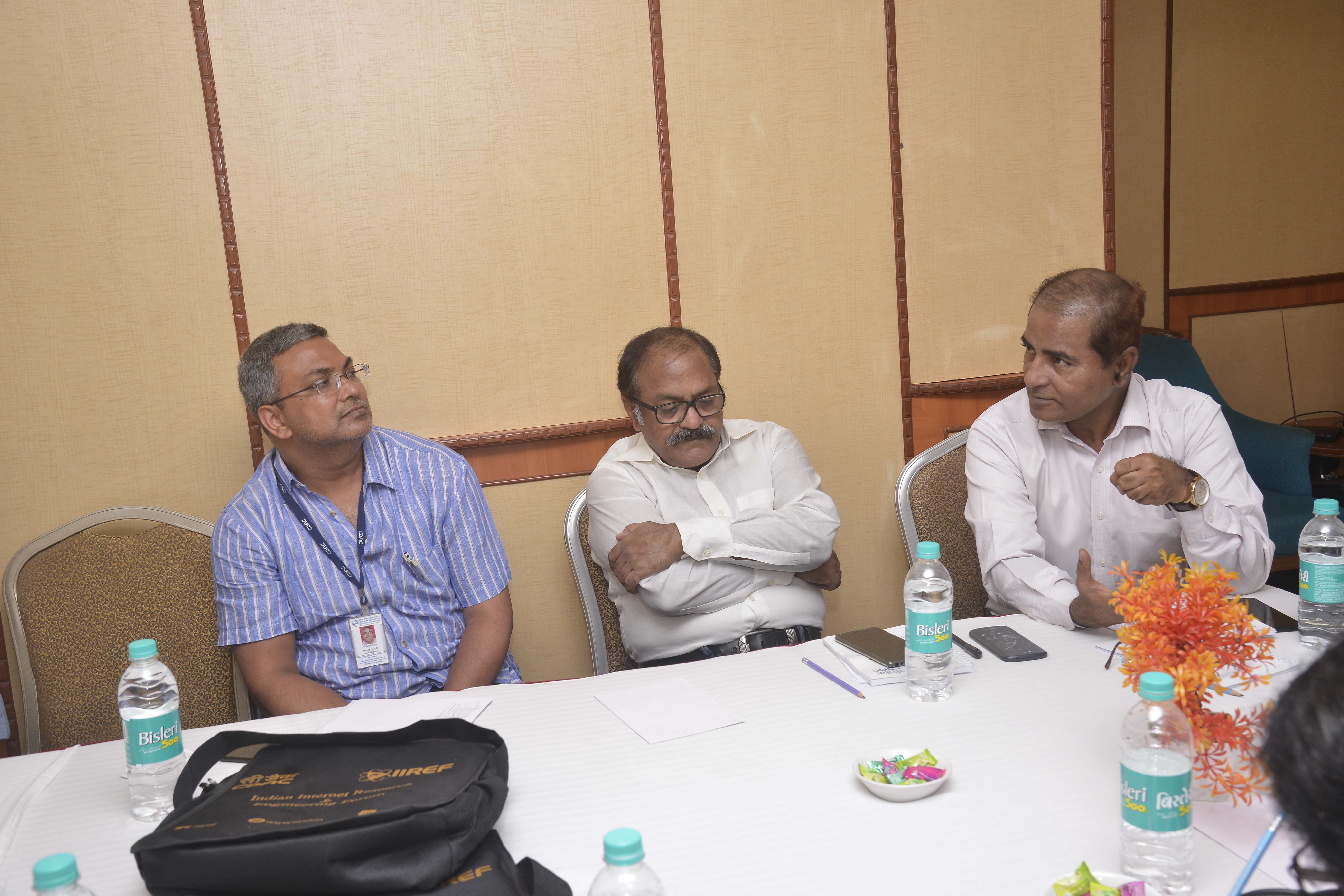 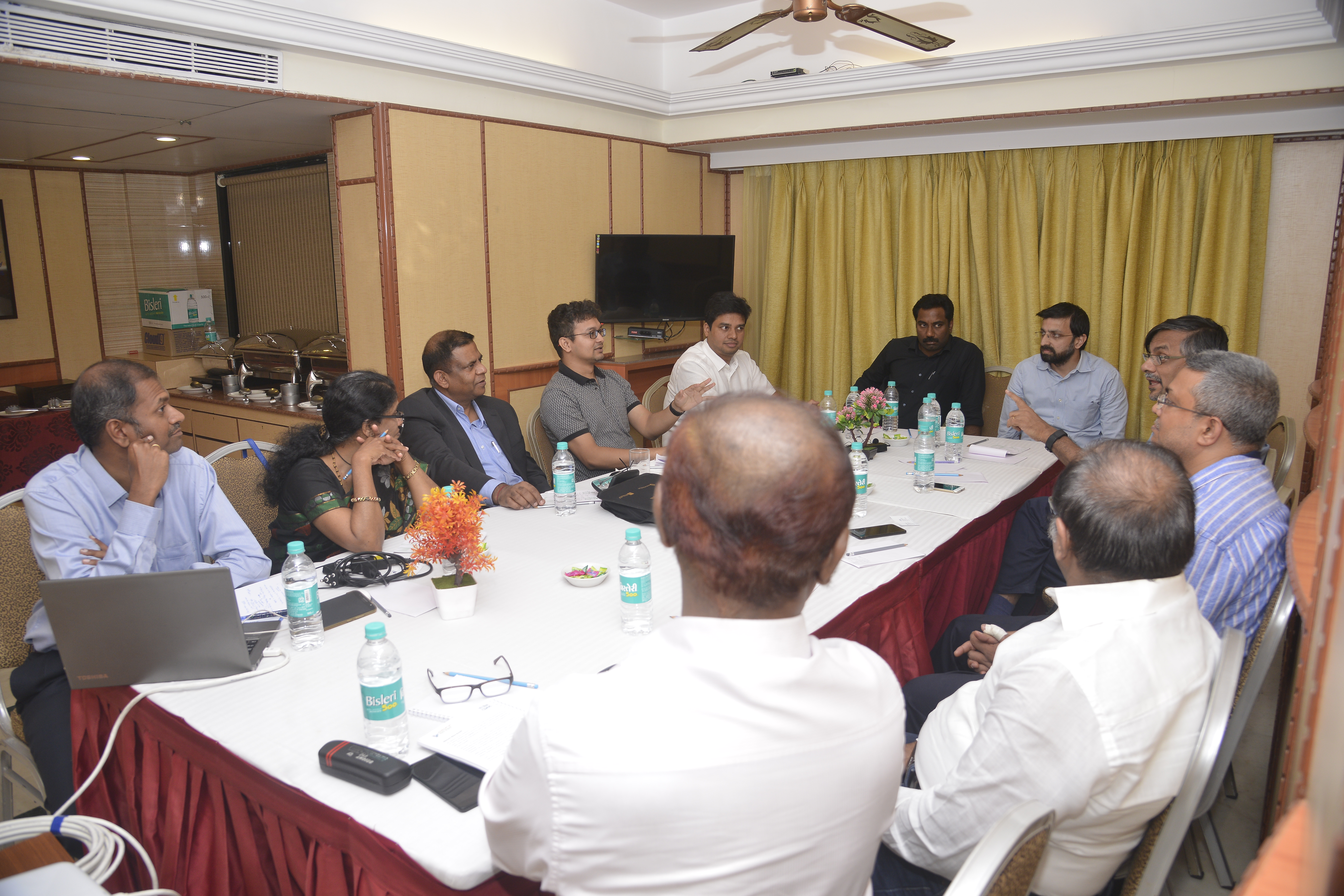 Security for Billions: Users and their Devices

As the devices and users operate over the Internet, the security standards evolved should be global and scalable to billions. As a nation of billion people and having a significant lead in IT space, it is time to ponder over the large looming security threats, and join the world forums in bringing out the desired level of assurance of security. These standards need to be evolved with all aspects in mind - technical, legal, and ofcourse ethical. The objective of this session is to brainstorm for ideas and solutions to the following challenges:

As a step towards achieving wider participation from the Indian community, C-DAC Bangalore is organizing this forum, for experts from various domains of Internet Security to discuss and debate and take forward the process of protocol development, and also to serve as an initiator to the interested participants. 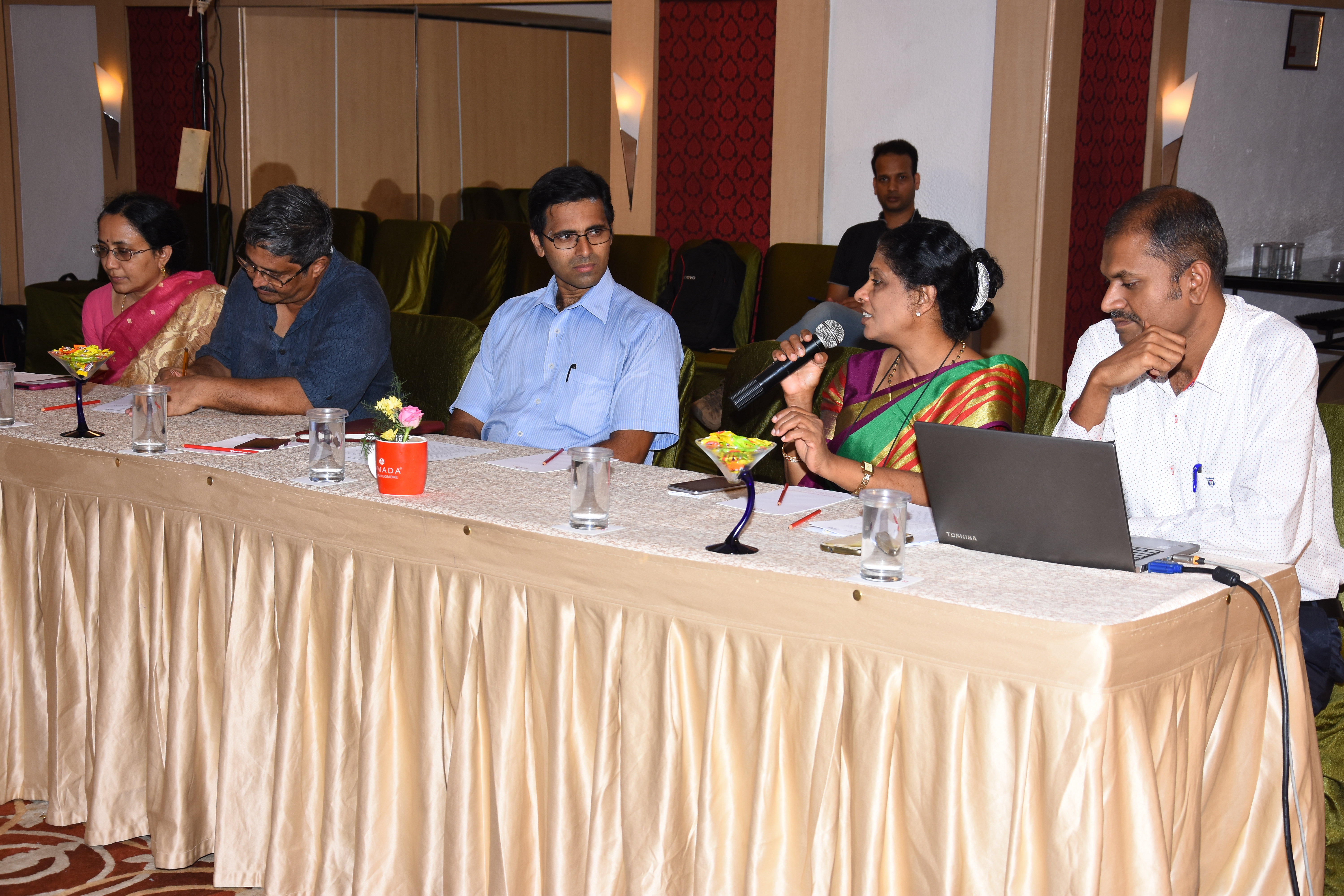 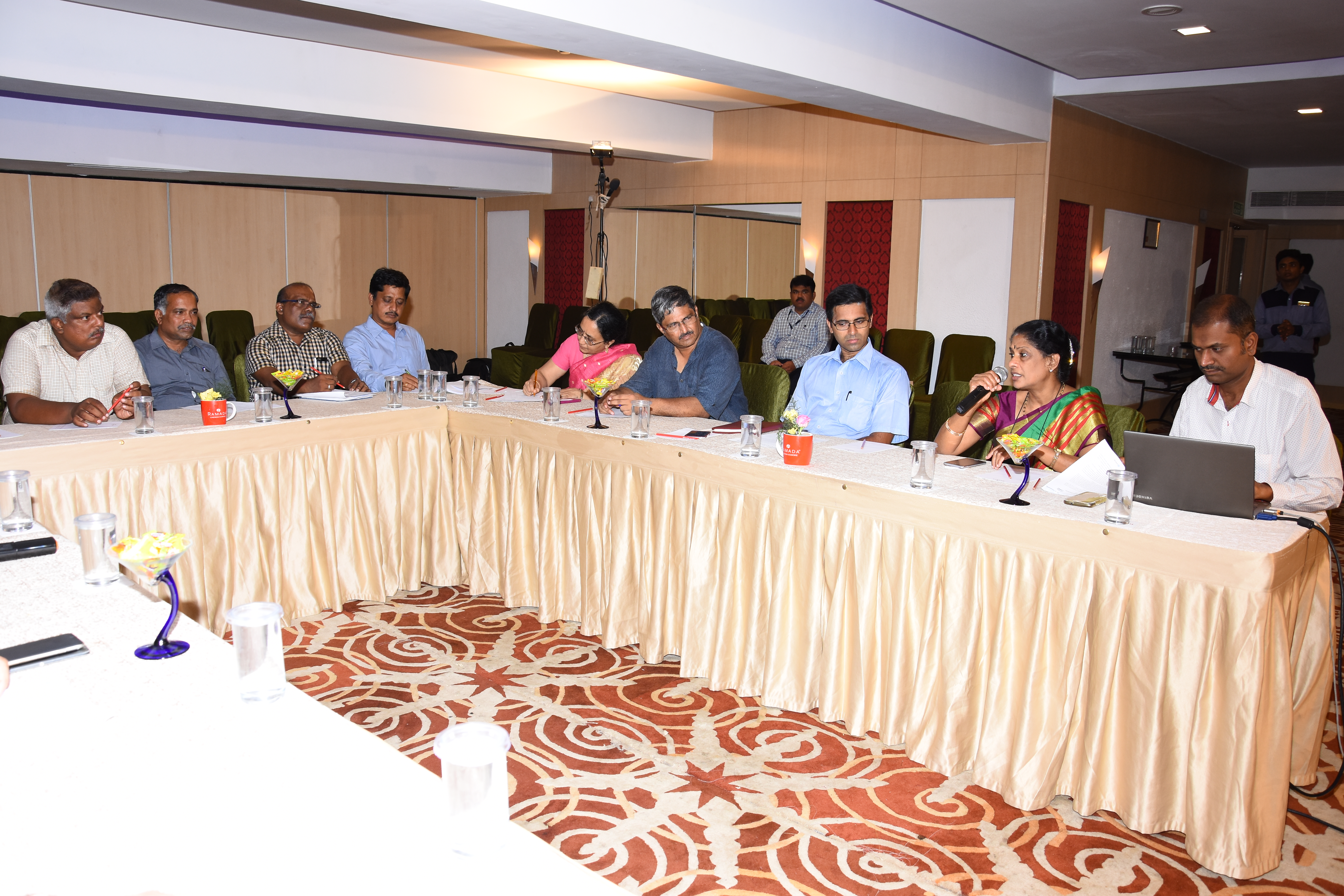 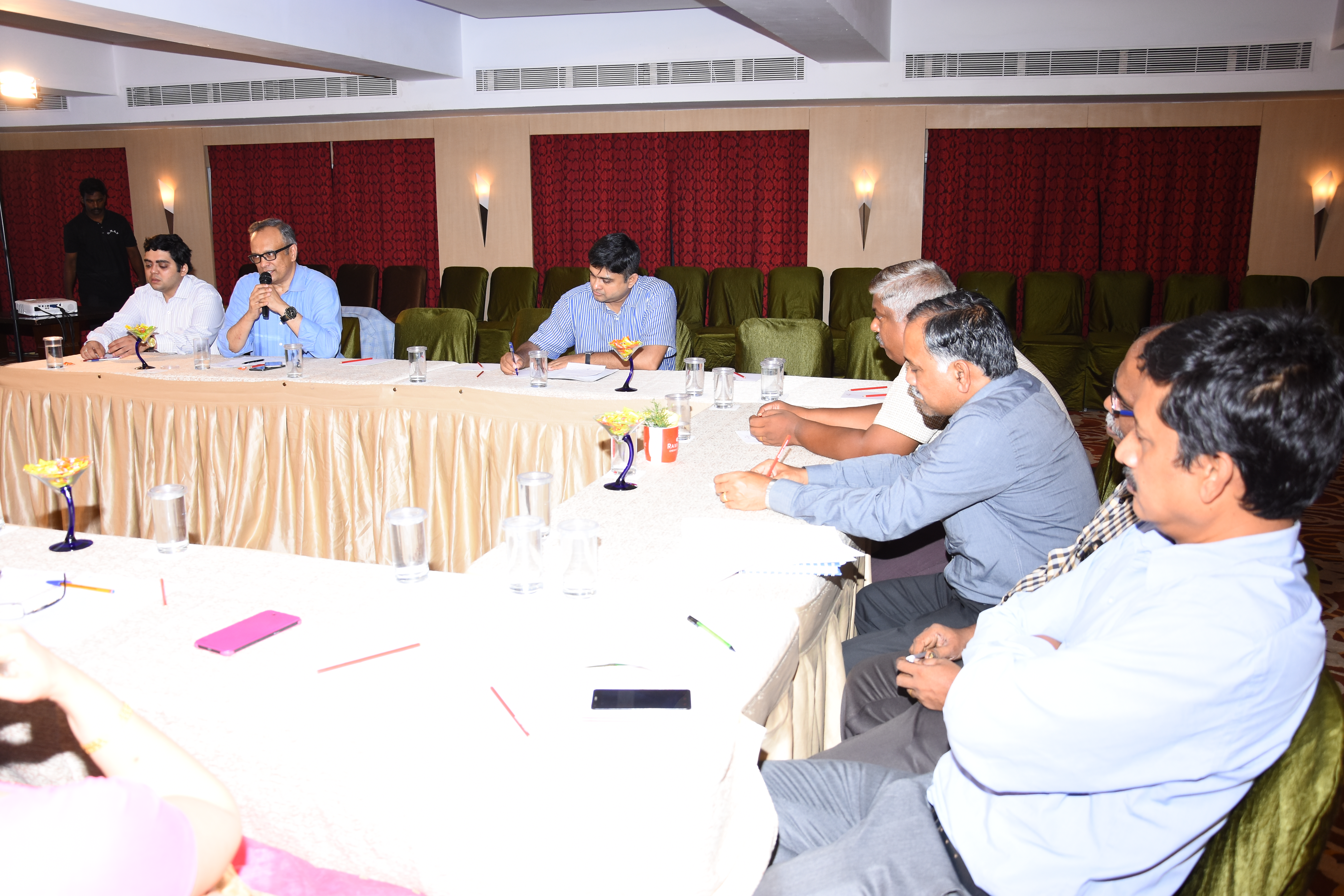 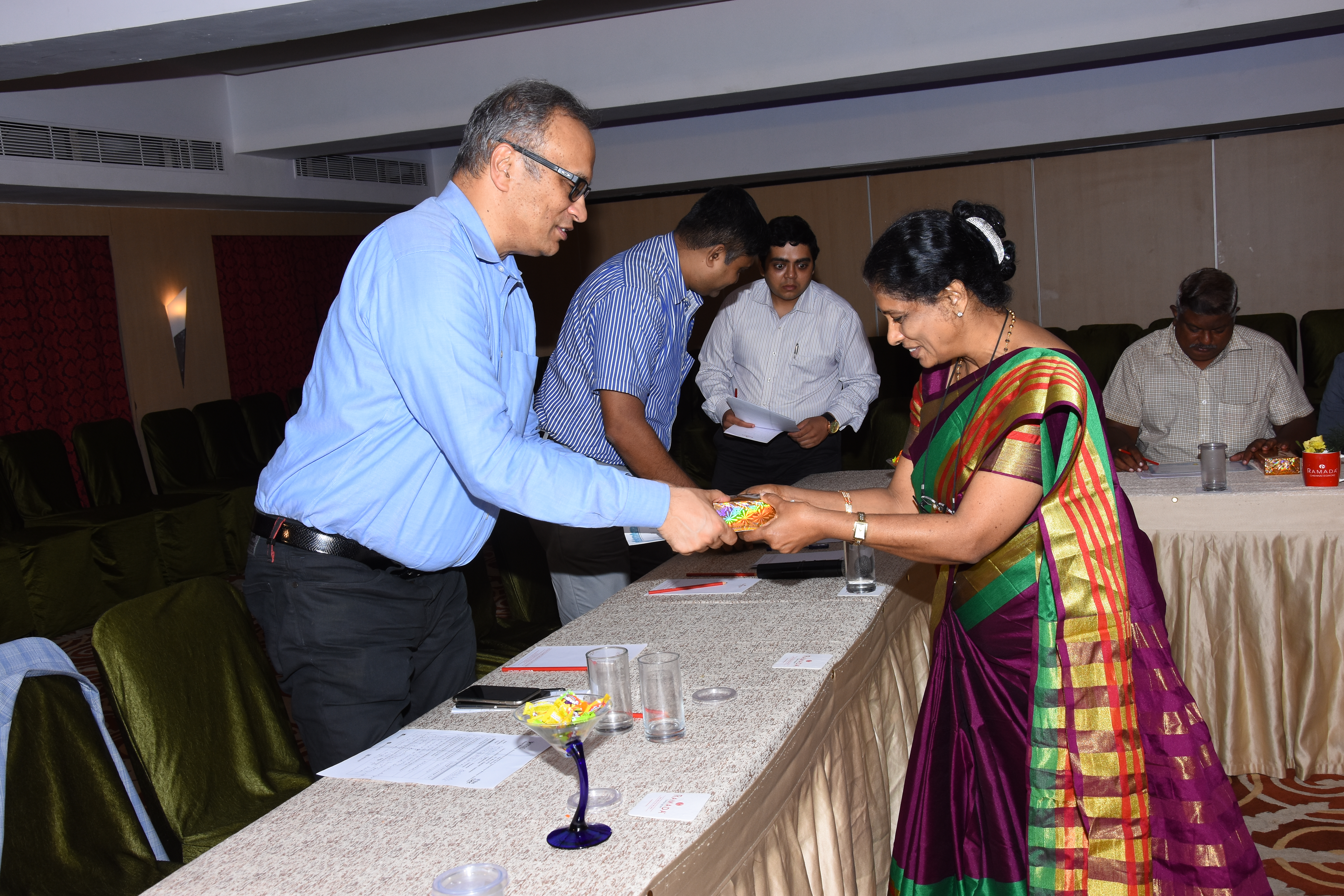 In the recent times, the Internet world has seen a huge transition from closed networks to enterprise networks to the open Internet at an alarming pace but not without raising alarms about security. As the users become increasingly reliant on smart, interconnected devices in every aspect of their lives, protecting potentially billions of them from cyber attacks and threats that could compromise privacy or threaten public safety has become a challenge.

Protection of data has been an issue ever since the first two computers were connected to each other. With the commercialization of the Internet, security concerns expanded to cover privacy, financial transactions, and the threat of cyber theft. In smart devices, security is inseparable from safety. Whether accidental or malicious, interference with the controls of a pacemaker, a car, or a nuclear reactor poses a threat to human life. The existing threats and attacks on networks may have been addressed by way of various security solutions but the same practices or variants of them in the smart devices world requires substantial reengineering to address device constraints. Smart devices are designed for low power consumption, with a small silicon form factor, and often have limited connectivity. They typically have only as much processing capacity and memory as needed for their tasks.

Security at both the device and network levels is critical to the operation of smart devices. The same intelligence that enables devices to perform their tasks must also enable them to recognize and counteract threats. Fortunately, this does not require a revolutionary approach, but rather an evolution of measures that have proven successful in IT networks, adapted to the challenges of these constrained connected devices. Instead of searching for a solution that does not yet exist, or proposing a revolutionary approach to security, focus should be on the current state-of-the-art IT security controls, optimized for the new and extremely complex embedded applications driving the connected devices. 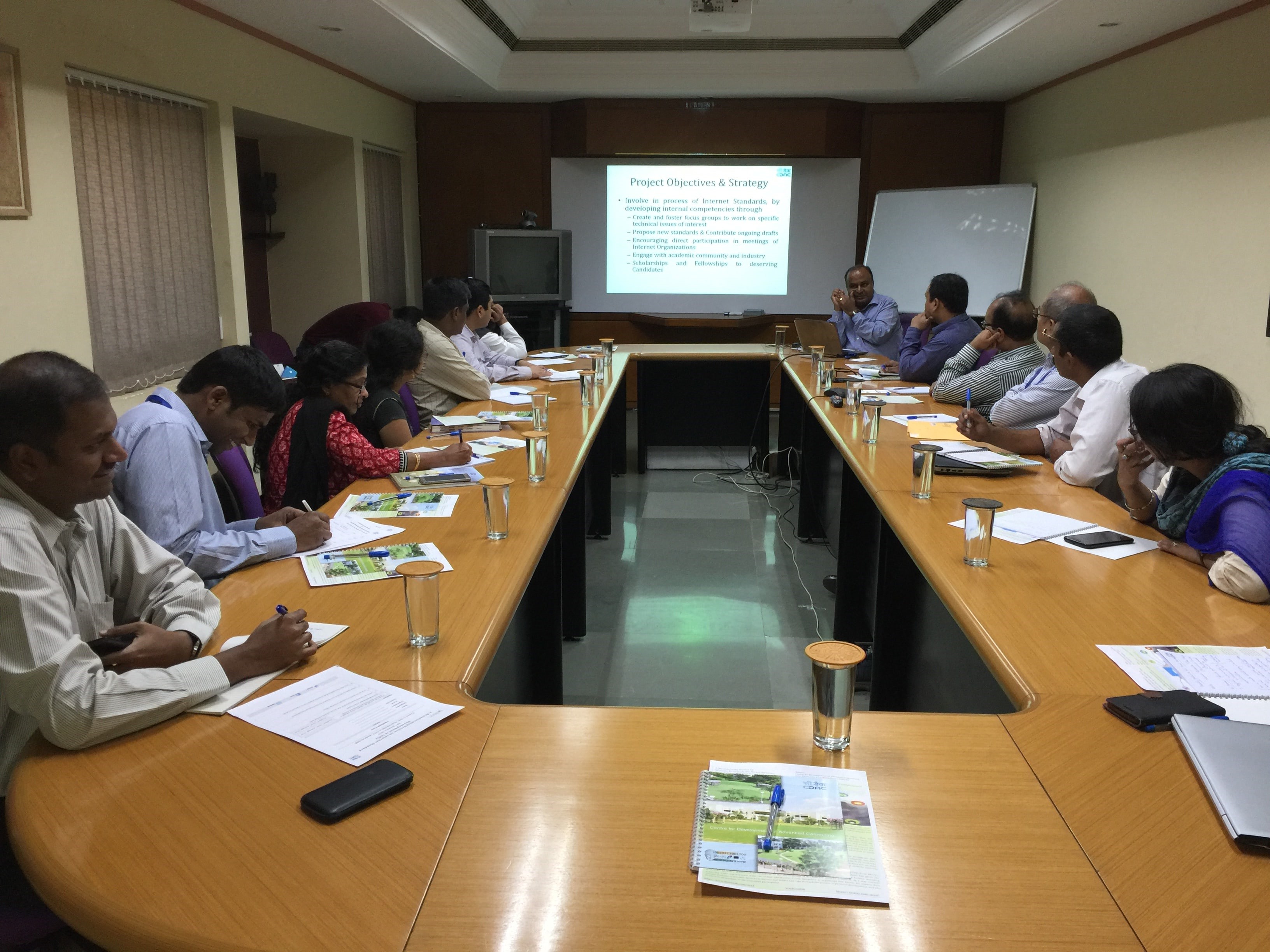 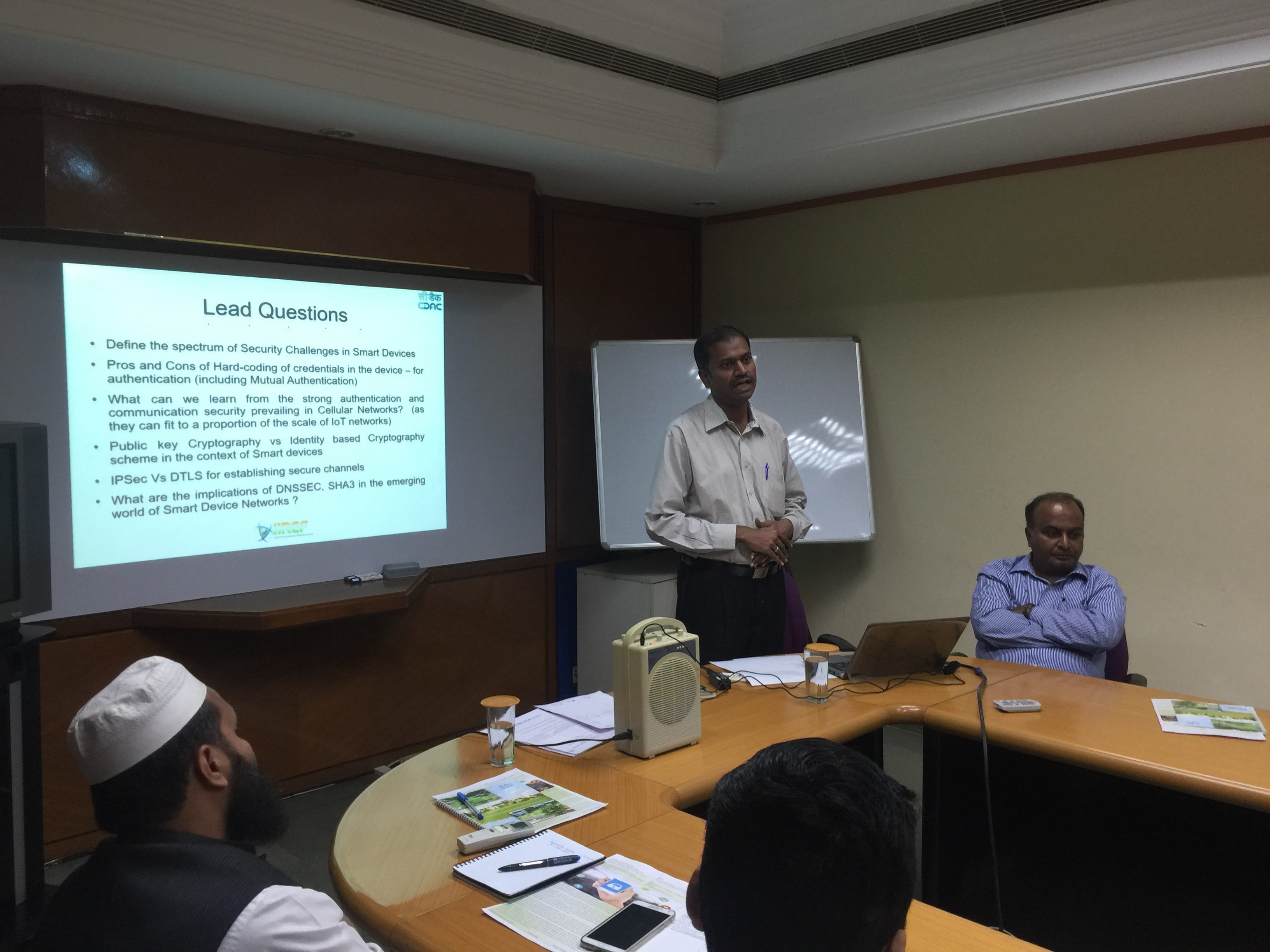 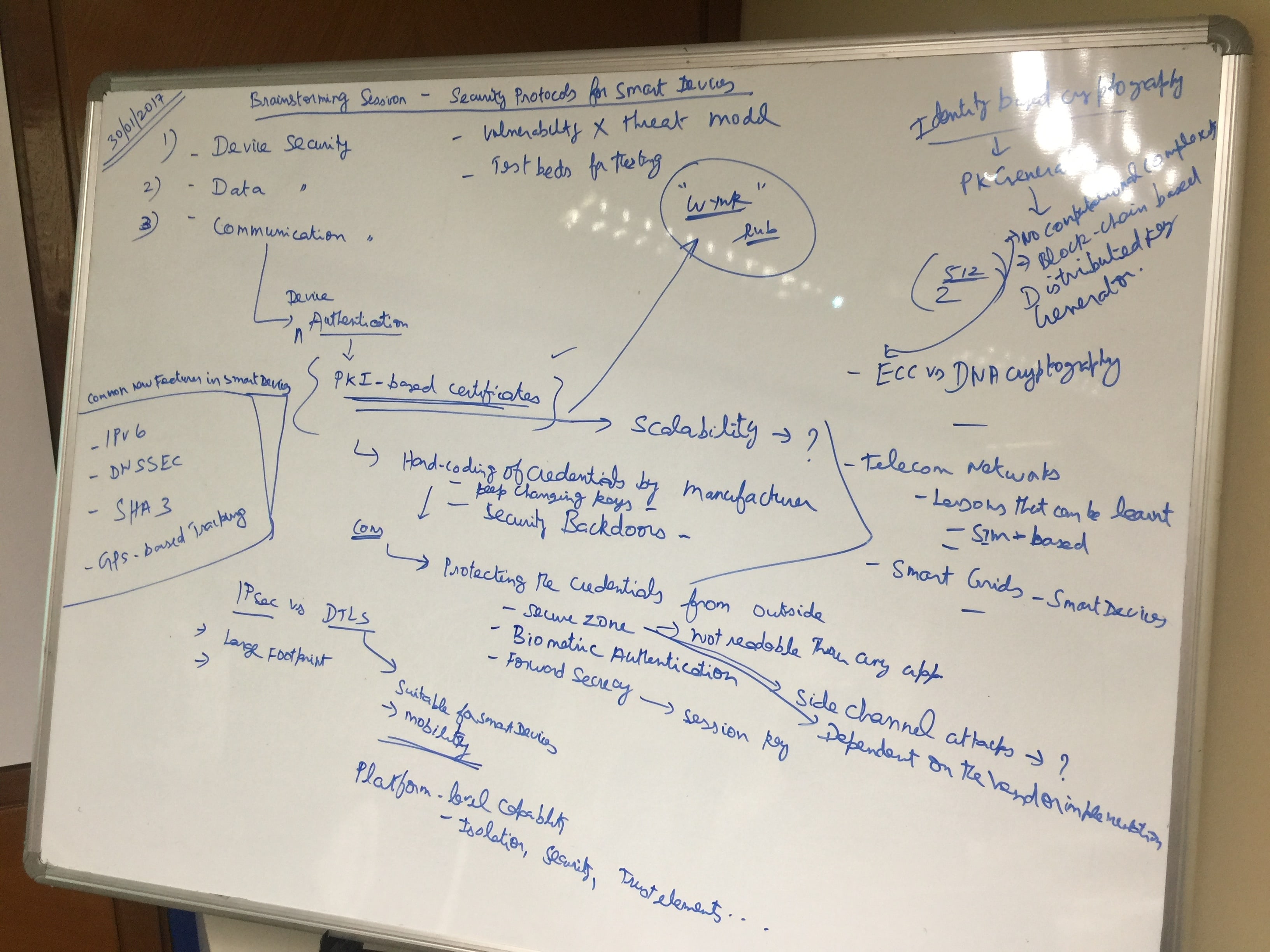 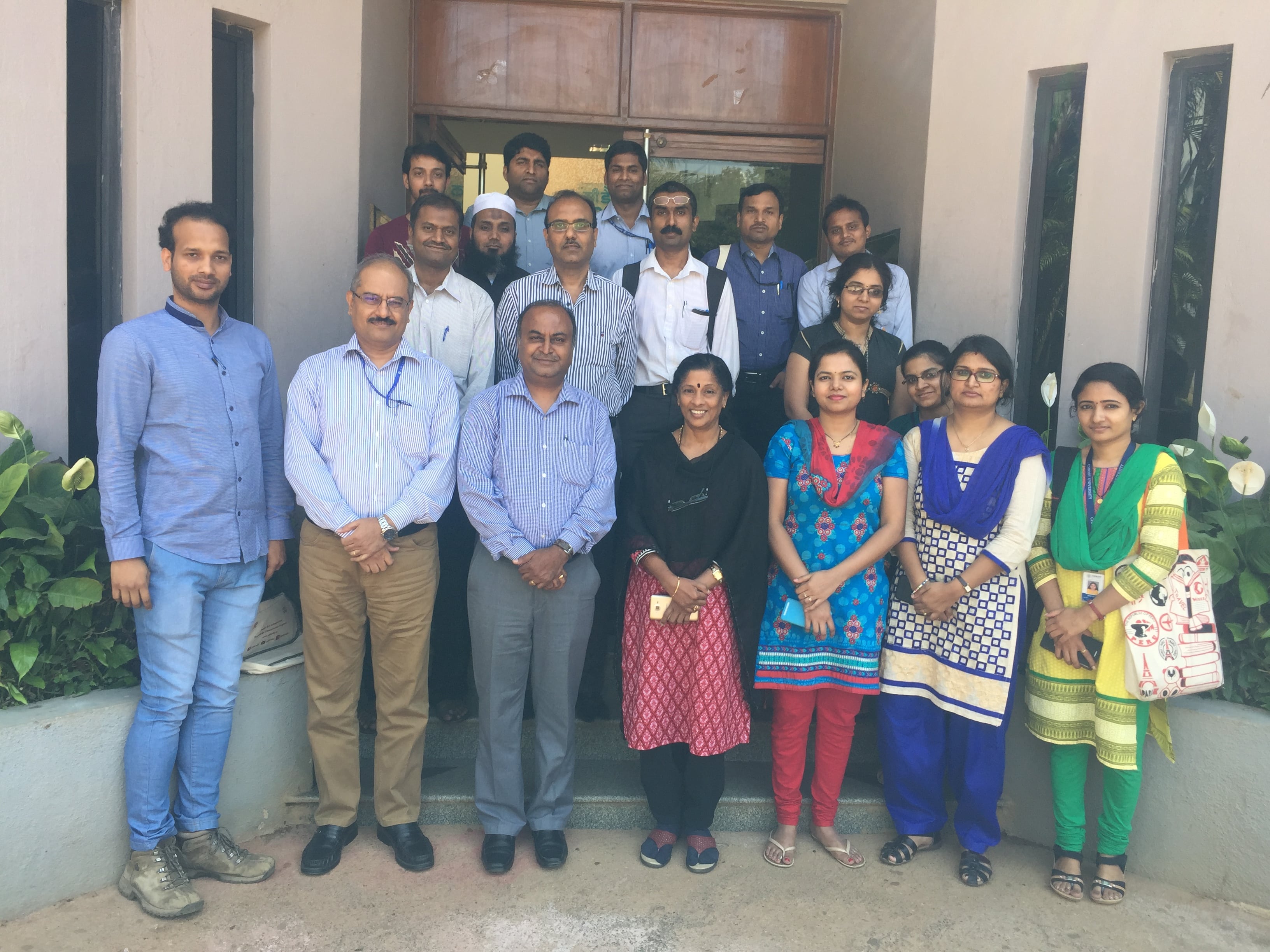 Internet has evolved as an essential utility in today's environment. Technically Internet is run by the protocols developed by the Internet Engineering Task Force - IETF - a global body under the Internet Society. IETF is a free and open forum, wherein contributions from everybody is welcome, and functions as communities centered around various topics.


C-DAC Bangalore therefore seeks to engage participants from various forums, including academics, industry , & research to contribute to the development of standards for the Internet, through IETF, especially in the area of Internet Security.


As a step towards achieving wider participation from the Indian community, C-DAC Bangalore is organizing this forum, for experts from various domains of Internet Security to discuss and debate and take forward the process of protocol development, and also to serve as an initiator to the interested participants. 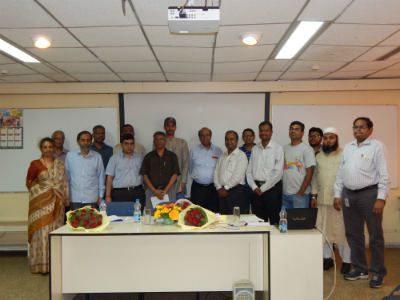 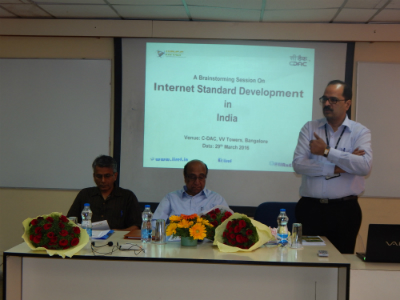 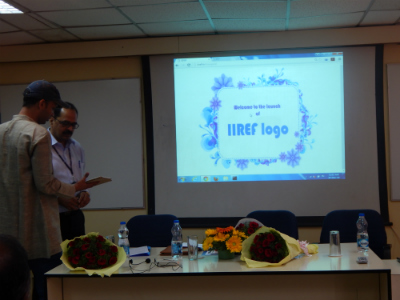 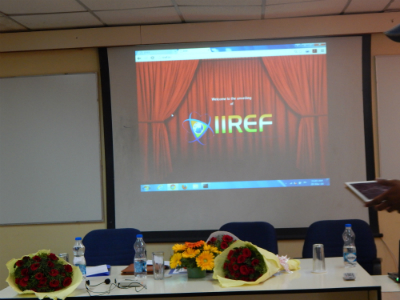